As in the previous post on the definition of beverages,  we know that Beverages are specific liquids made for human consumption and they quench thirst, provide stimulating effects and refreshment in addition. The variety of beverages in the market are alcoholic beverages, coffee, tea, chocolate drinks, and many more…

Now let us see the types of beverages one by one as per the above-listed flowchart.

How to obtain ethyl alcohol/ ethanol? —- Answer is By Fermentation.

Fermentation is a reaction in which sugar-containing liquids are treated with yeast (Saccharomyces cerevisiae) to get Ethanol and CO2.

The yeast feeds on starches, fruits, or other cereal grains, etc. and hence releases CO2 and ethanol. The examples of Alcoholic beverages are Wine, beers, which are fermented beverages, or, distilled beverages like Brandy, Rum, Vodka, etc.

Alcoholic beverages are odourless liquids, which upon consuming affect the CNS (Central Nervous System) and hence reduce the tension and worries by tranquillizing it. Initially, alcohol acts as a stimulant initially but later may act as a depressant.

Alcohol is also a concentrated source of energy, hence it is very easily absorbed into the bloodstream and transported to the tissues required where the energy is to be transferred.

Any fermented beverage which contains around o.55 to 76% alcohol by volume is called an Alcoholic beverage. These alcoholic beverages are produced by fermentation of carbohydrates or other sugar-rich sources like grains, barley, rice, fruit grapes or sugarcane with the additional help of yeast called Saccharomyces spp.

The substances having the alcohol content of more than 76% are called medicines, for example- Anaesthetics.

Distilled Alcoholic beverages are prepared not by any natural process like fermentation, but the mechanical process is used. So, here fermented beverages are heated up to get the alcohol evaporated. Later condensation is allowed to get pure alcohol. Flavour can also be added if required.

Some examples of Distilled beverages are Whisky, rum, vodka, brandy and tequila, etc.

Compound beverages are actually mixed type of beverages made by blending extracted flavours, sweetness and colour from different plants, fruits, herbs and nuts, etc. The technology is the same as distillation, however, flavours are also added by steeping, maceration or percolation method.

Wine is a fermented beverage made from grapes or other fruits like peaches, plums or apricots. Wine is produced by crushing and fermenting the ripened grapes into large vats. The taste and quality of the resulted wine greatly depend on the type of soil in which the grapes are grown and also on the weather conditions.

1. Table/ Still/ Natural Wine- There are no bubbles or effervescence in this wine. Their alcoholic content is relatively low as compared to other wines (between 10-12%). Also, German table wine has 8-10% Alcohol.

The three types of Wine are-

Red Wine is made of Red grapes. Red grapes have a composition of  Stalk+ Skin+ Pits+ Pulp. The Winemaking process is called Vinification. Generally, red meats (like beef, pork and lamb) are served with red wines. 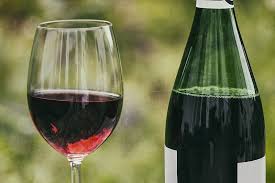 White Wine is made from white grapes, and this is the difference between the red and white wine. However, if only red grapes are available to make white wine, then firstly the skin of red grapes are removed.

Generally, the white meats (such as chicken or fish) are served with white wines.

The most common steps are Harvesting > Crush > Destem > Pressure > Remove skin (if the red grape is present) > MUST is fermented > Clarification> Aging > Bottling.

White wine poured from the bottle into glasses

Rose (Pink) Wine can be obtained by mixing white and red wine together so that red colour can be obtained. Another way is to remove the skin of the red grapes and put some white coloured MUST is mixed into it, thus leaving it for 2-3 days. Due to this step, the skin of the red grapes will leave pink colour into the wine juice. Finally, after getting this pink juice, fermentation is done. 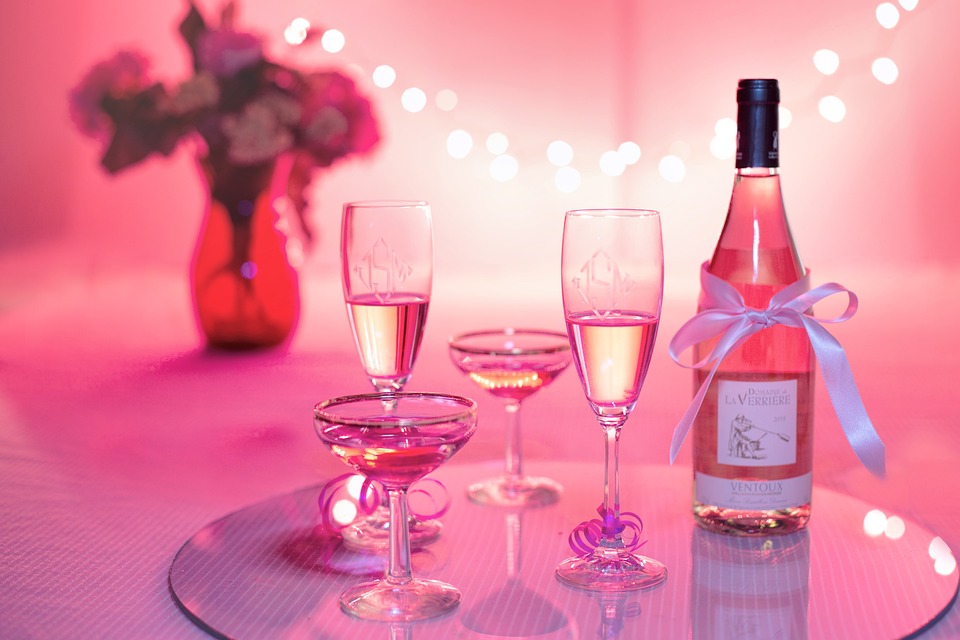 The Alcoholic content of Sparkling wine is less than 14%. These wines are preferably taken on festive occasions and throughout the meal.

The best example of Sparkling Wine is Champagne.

In Fortified wines, additional alcohols are added to increase the strength of the wine. We know that the alcoholic strength of normal wine is around 12-18%. 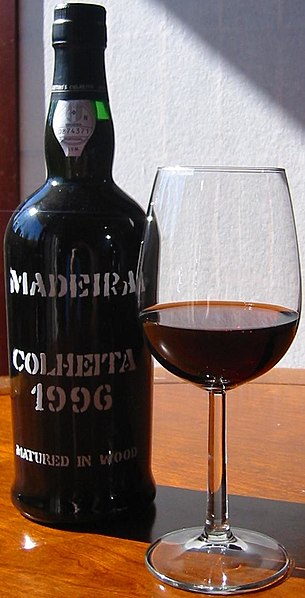 Madeira is a fortified wine made on the Portuguese Madeira Islands, off the coast of Africa

Aromatized wine is also a type of Fortified wine, because of the addition of various aromatic ingredients like herbs, fruit, spices or other natural flavourings.

According to the European Union Law Council Regulation, aromatized wine must have a minimum alcoholic content of 14.5% by volume and a maximum alcohol content of 22% by volume.

Vermouth is made from natural white wines of 2-3 years old that are blended with the extraction of wormwood, vanilla & various other herbs and spices.

The most widely used aromatic wine is Vermouth Wine, due to its use in Cocktails, Cinzano, Martini, etc.

Beer is any food beverage made by fermentation of grains, just as similar as wine is made up of the fermentation of fruits. The most widely used grain in beers all around the world is Barley.

Process– Firstly malted barley is germinated and roasted. then Milling between rollers > Steeping into hot water>  Starches break down into simple sugars and a sweet liquid is released called “WORT” > Straining to get all sugars into solution ( filtrate separated & used as animal feed) > WORT transferred to the kettle  > Hops added to add bitterness and aroma > Boiling done >  Rapidiily cooled to add yeast into the sweet wort for fermentation > Alcoholic content increases > Slowly yeast dies > Transferred to Ageing tanks (may take few days to weeks or years) > Consume or Sell!! There are two types of Beers-

a) LAGERS- Lagers ferment at a low temperature for a long time. In Lager’s preparation,  bottom-fermenting yeasts are used, which set at the bottom of the tank to finish the fermentation process.

The bottom-fermenting yeast is introduced at the bottom of the fermenting tank and then is stored in refrigerated cellars (lager) at a freezing point for a period of six months. This process makes the beer mature. Lager is a German word meaning ‘store’. 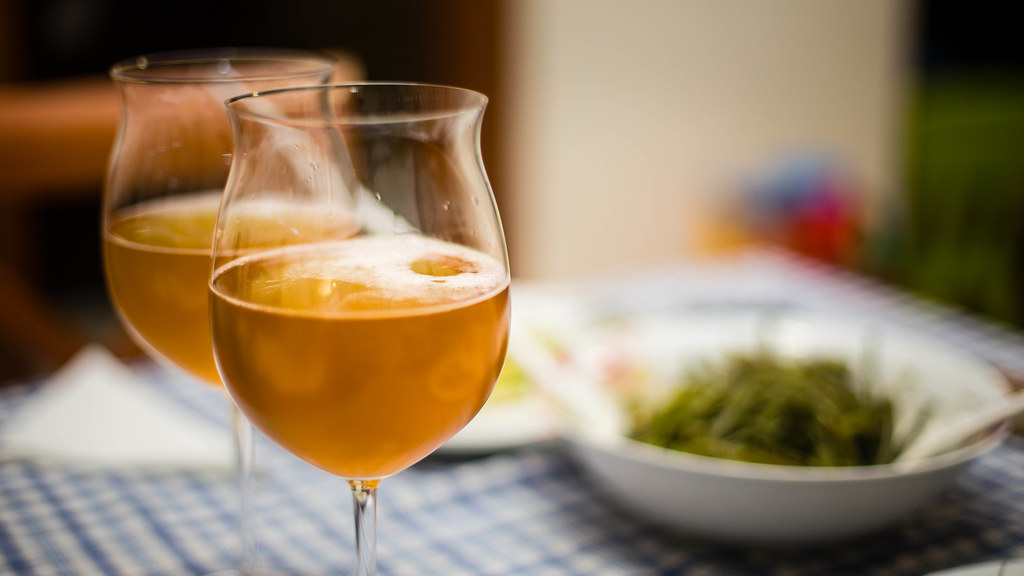 b) Ale- Ale is also a general category of beer and it requires a warm temperature for fermentation for a comparatively shorter period of time. Here top-fermenting yeasts are introduced which ferment on the top of the brew.

Ale is synonymous with beer except that it is a term used for an ordinary mild beer while better beer is referred to as “beer”. 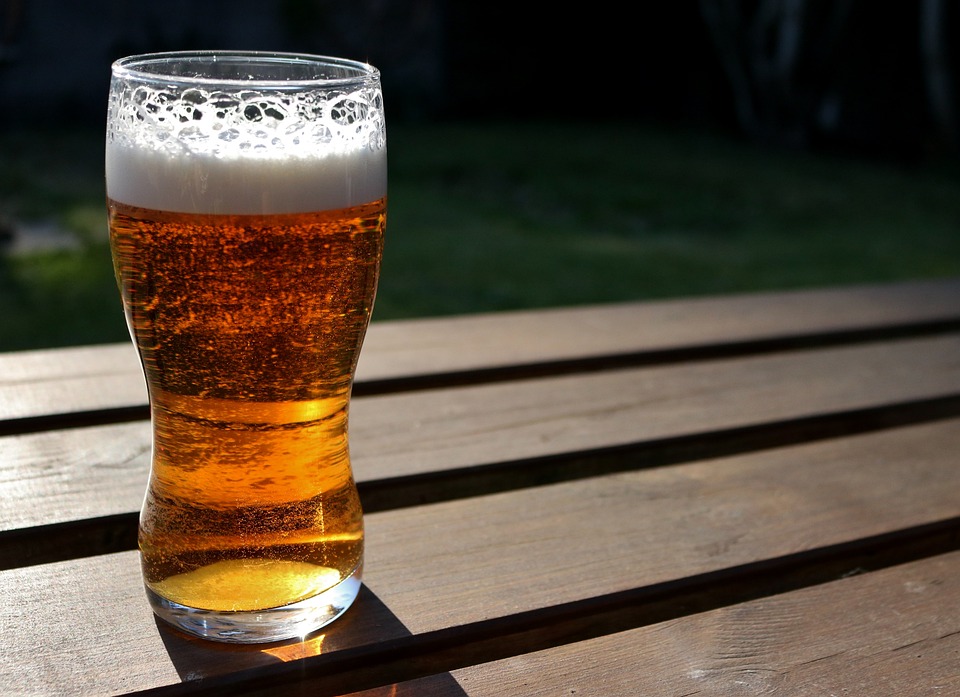 The main types of Distilled Beverages are-

Let us see each of them one by one-

Whisky is a distilled Alcoholic beverage made from grains like corn, barley, rye, etc.

These grains are converted in juice form and then distilled, i.e. evaporated and condensed. Later after condensing, ageing of the distilled liquid is performed in wooden barrels.

To be a good whisky, there should be no externally added flavourings, and all the flavours must come from the wooden barrel through the ageing process.

Whisky contains almost 40-50% alcohol. Scotland originally made Scotch Whisky & since then, Scotch Whisky has been a synonymous name for good quality Whisky.

Brandy is a liquor that is distilled from Wine. It can also be made from the wine of other fruits like apples and pears. The alcoholic content of Brandy is around 35-60%. Ageing of brandy is done in oak casks. The oak casks or the caramel may provide the desired colour of the brandy.

In making rum, sugarcane molasses or sugarcane juice are initially fermented and then distilled by evaporating and condensing. The distillate (liquid obtained after distillation) is later aged in oak barrels. The type of wood used is often the determining factor in the colour of rum produced in the end.

The time duration of ageing is also important and may vary from 3-5 years to up to 10 years.

Most of the rum taste sweet along with rich, smooth and smoky flavour. Caramel may be used sometimes for colouring. 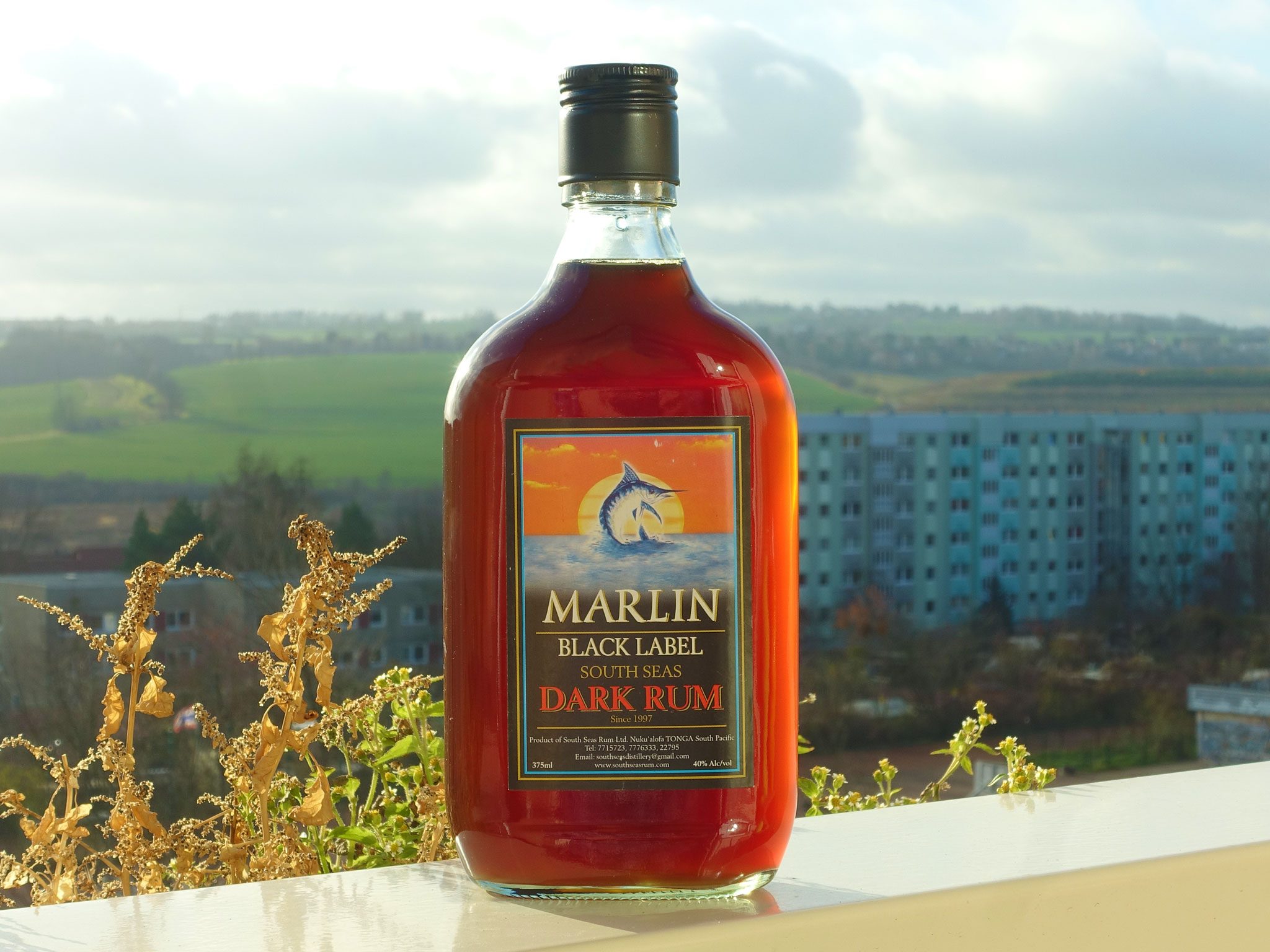 Cereal grains are fermented and a liquid is obtained. This liquid is distilled and further potatoes are used as a base for this distilled beverage.  Sugar or fruits can also be used as the base.

Vodka is also used as a key ingredient or a side dish in various cooking applications. For example, Vodka sauce is a type of pasta Sauce made from Tomato Sauce, vodka (as an ingredient) and cream.

Penne Alla vodka is a pasta dish made with vodka and penne pasta, usually made with heavy cream, crushed tomatoes, onions, and sometimes sausage, pancetta or peas. (Source-https://en.wikipedia.org/wiki/Penne_alla_vodka)

Tequila is a distilled beverage made from the Blue Agave plant, mainly around the area named Tequila (Tequila is a town in Mexico’s western state of Jalisco).

These Agave leaves are carefully cut by experienced workers and later dried in ovens up to the desired temperature so as to break the complex carbohydrates into smaller fructoses. Then mashing is done to obtain Agave juice, which is later fermented with yeast in anaerobic conditions and aged into wooden barrels for the desired time period.

The technology for preparation of Compound Alcoholic beverages is same as distillation however, flavours are also added by steeping, maceration or percolation method.

This distilled beverage is prepared by combining water, alcohol and different flavours together. For flavour improvement of Gin, the ageing process is not used as it doesn’t age as time passes. Due to this reason, Gin is not stored in wooden casks. 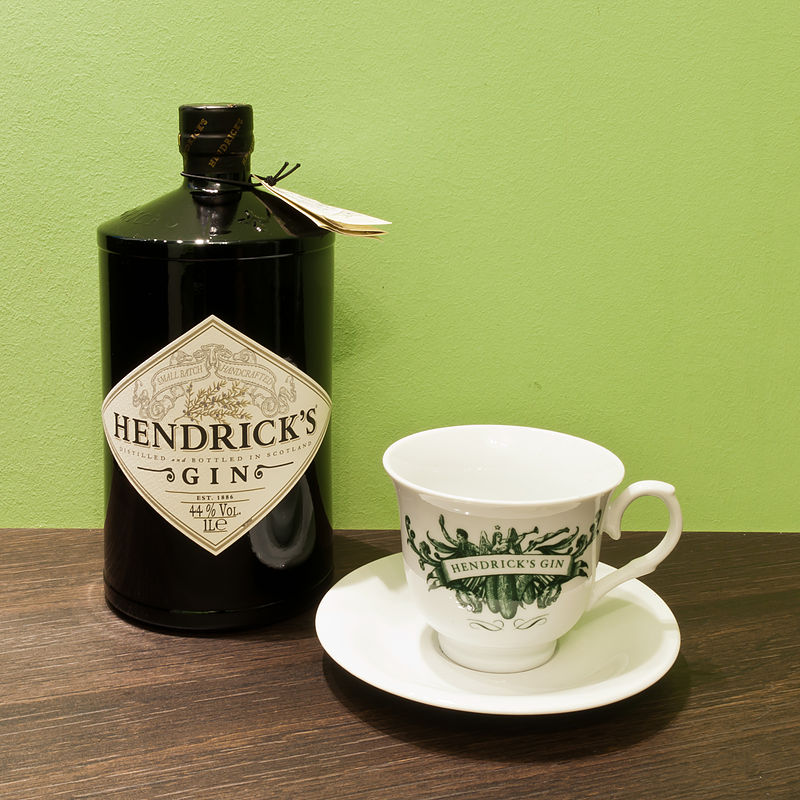 Liquor is made by adding flavourings like fruits, herbs or flowers to brandy or to a combination of alcohol and water. Liquors contain 20-65% alcohol and are consumed in little quantities after dinner.

Bitters are distilled products made by blending extracts of seeds, plants, barks, herbs and/or roots with any class and/or type of distilled spirits. The final product has a bitter, sour, or bittersweet flavour. 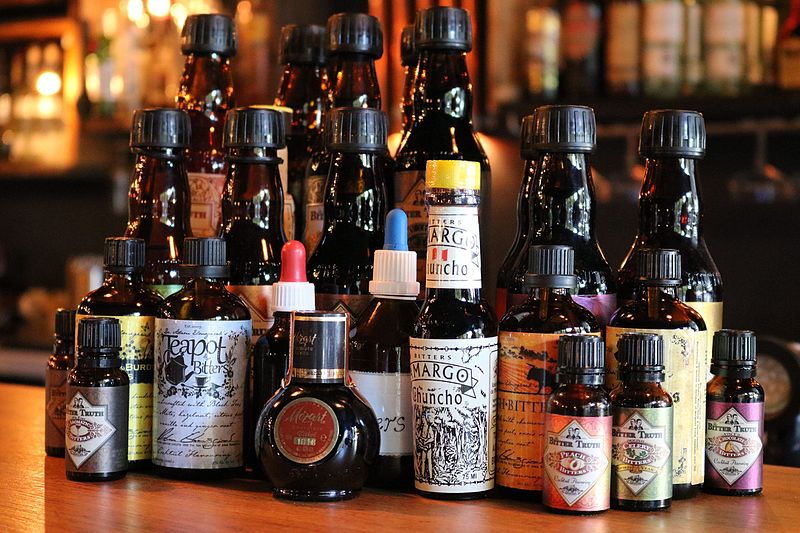 Non-alcoholic drinks are made without alcohol, so these are also called Alcohol-free drinks. They have almost nil alcohol or reduced to almost zero or even removed.

These non-alcoholic drinks are mostly taken for refreshment, or for leisure. They are canned or bottled or even sold loose liquids. They are consumed at any stage of the meal or without a meal. e.g. mineral water, aerated waters, juices, squashes, syrups, etc.

Carbonated Beverages are those drinks having carbon dioxide (CO2) added/ dissolved into them. CO2 is flavourless and odourless. Carbonation causes small bubbles into the liquid and causes effervescence. This produces carbonated water or Carbonated liquids. Apart from carbonated liquids, sweeteners, acids and some natural or artificial flavourings.

These are stimulating, refreshing or nourishing which does not contain carbon dioxide. Sugars can be either added or not. Water is also a non-carbonated non-alcoholic beverage. Examples: Water, Tea, Fruit juices, Coffee, Syrups, concentrates, milk etc.

Don’t forget to scroll other related posts on this website!!